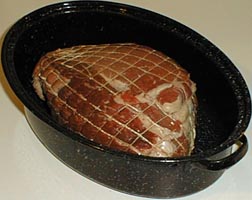 Conventional wisdom is filled with assumptions. One of the things that makes conventional wisdom right most of the time is that those assumptions are usually valid. But sometimes they are not. One of my favorite little anecdotes that illustrates this is the tale of the pot roast:

A newly-wed husband noticed that every time his wife cooked a pot roast she would first cut an inch off either end before putting it in the oven. When he asked why, she said “Because that’s how you are supposed to cook pot roast.” Unsatisfied with her answer he pushed until she admitted that she learned it from her mother.

Waiting until a visit with his wife’s mother, the husband asked “Your daughter tells me you taught her to cook pot roast by first cutting an inch off each end?” to which the mother replied “Well of course, that’s how pot roast is cooked.” But the husband was not to be deterred, and after pressing his mother-in-law on the subject she finally admitted that she’d learned if from *her* mother.

This meant the husband had to ask the wife’s grandmother. When he finally got his chance he asked: “Your granddaughter’s mother told me you taught her to cut an inch off each end of a pot roast before cooking. She swore it was a requirement, but I’m dying to know why? Is there any sane reason to throw away two inches of perfectly good meat in order to cook a pot roast?!?”

Laughing, the grandmother said “Oh, heaven’s no! You see in those days we were very poor and didn’t own much cookware. I cut the ends off the pot roast so it would fit in my only pan!”

And so ends the story…

To me the moral here is that whenever someone starts quoting dogma you really should try and explore its origins. You may find that those firmly-held beliefs are based on mostly unconscious and invalid assumptions.