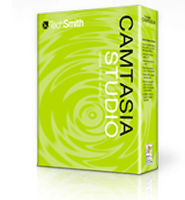 Jon Udel is a big fan of using screencasts to instruct, and I’m a big fan of watching them when I want to learn something. I’d like to start doing some of my own. However, reading his post on screencasting tips today, I was reminded of how I can’t help but think that TechSmith is really missing out on a huge opportunity because of their pricing for Camtasia Studio.

I’ve followed them for a while, and I know that they are pretty much the gold standard for screen recording software. However, their price of $299 is in no-man’s land. It is too low for the market it currently targets, the corporate market, and too high for a much, much larger market; the amateur and semi-pro blogger.

For those company’s who need the software, TechSmith could easily double the price and would probably still sell 90% as many units. But of course, the lost 10% would be well more than made up for by the increased price per unit.  And frankly, a higher price would motive resellers more (which, as a former reseller, I always hated that my business did better financially when I raised prices on customers.)

On the other hand, $299 is way past the threshold where an amateur bloggers would buy a copy. Frankly, I think that is the reason why we see so few screencasts on the web. In my 12+ years experience in selling software tools to developers, I’d say that $69 is probably about the right price for an amatuer to semi-pro blogger to say "Sure, what the heck, I’ll buy a copy and try this screencast thing."

TechSmith could easily cut feature features from this blogger version to differentiate from their professional version. For example, the blogger version could be limited to outputting only to Macromedia Flash, i.e. no AVI, Microsoft Windows Media, RealNetworks RealMedia and QuickTime. The could cut the output-to-EXE feature and the Create a CD-ROM feature. And probably a few more things.

But TechSmith would need to be extremely careful NOT to cut the features that bloggers would really need. I ran into this over and over with components vendors while running VBxtras/Xtras.Net. I’d suggest a lower-priced version so they could reach a slightly different market, and the vendor would want to cut so many features of the product that it would have been crippled. Instead what’s needed it to look at the features that are needed only by the high end customers and cut those while leaving feature every users could benefit from. For example, if TechSmith were to cut any of the recording, pre-production, or editing features they could very well end of with an expensive demo and lots of frustrated customers badmouthing them on the blogs.

But what they could do, given this market, is to have the screencast on the blogger edition end with a splash-screen/advertisement for Camtasia. Imagine that, having the ability to get advertisements on a larger percentage of the blogs on the web and the only thing requires would be to restructure an existing product! Can you say "No Brainer?"

So, what would this look like?  I think if TechSmith were to offer two editions with the following prices they’d see a surge of new customers, the web would see an explosion of screencasts, and that would be great for (practically) everybody:

So, if you are a blogger who thinks is a great idea and you’d be anxious to buy a copy of Camtasia Studio for $69 but wouldn’t even consider paying $299, why not go over to TechSmith’s website and send them some feedback on the subject. And be sure to point them to this URL so they can read my justification. Together, we can make a difference. :-)

P.S. One thing the skeptics in the audience should know is that I have recently started playing with the free software called Wink from DebugMode (thanks to Ben Coffey for the recommendation.) While it is great, I’d prefer the polish of Camtasia Studio. However, at $299 they won’t be getting a dime from me. On the other hand, for $69 I’d happy spend the money for the time and frustration it could hopefully save me, and I bet lots of other bloggers feel the same.  So what will it be TechSmith: "$69 in revenue, or nothing?"